Visit Flin Flon About Us 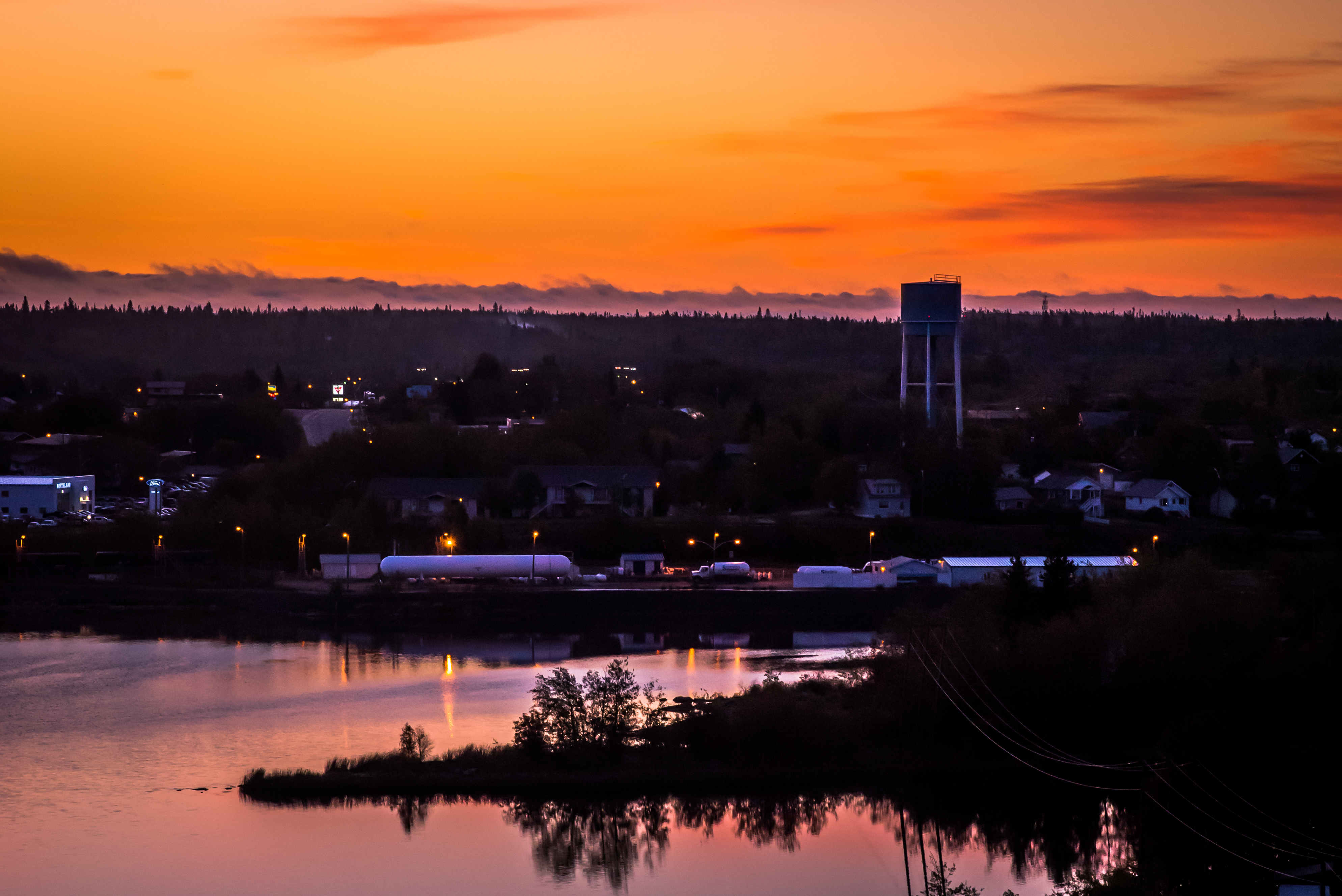 About Us
The City of Flin Flon is a unique northern-urban community with a trading area.  The City of Flin Flon can boast a wide array of amenities, such as The Flin Flon Tourist Park and Campground, Baker's Narrows Provincial Park, a number of fine restaurants, nightspots, scenic trails, boardwalk, golf course, lakes and so much more.
Flin Flon is a thriving northern community and vacationer’s dream destination nestled in the middle of nature's magnificence. Located north of the 54th parallel of latitude, the City of Flin Flon was built on old volcanic belt which gives the region a beautiful rocky landscape like no other.
This belt was formed millions of years ago by underwater volcanic eruptions, these intense eruptions and multiple episodes of glaciations left us the present unique landscape, and is the source of the vast mineral deposits in Flin Flon.
Flin Flon has approximately 5,000 people.   There are approximately 200 people in Flin Flon, Saskatchewan making Flin Flon one of two border communities in Canada, the other being Lloydminster on the Saskatchewan/Alberta border.
Located at the western entrance to the Grass River Corridor, the city is quickly forging a page in the history books as one of Canada's most unique communities.
We share the same latitude as Belfast, Copenhagen, and Moscow, and are only 743 km northwest of Manitoba’s capital of Winnipeg (via Highway #10) and 547 km northeast of Saskatoon, Saskatchewan (via highway #106 - the Hanson Lake Road).
Flin Flon is in close proximity to the Saskatchewan communities of Creighton and Denare Beach, all of which are located within a 20 km area.
Over 70 years old, Flin Flon continues to be a community with character, quality of life, and opportunity.

How Flin Flon Got It's Name

The story of how Flin Flon got its name combines fact and fiction.  It can be traced back to the year 1914 when prospector Tom Creighton and his escort, local trapper David Collins, were exploring the northern frontiers of Manitoba in search of ore.
Creighton and his associates Dan and Jack Mosher, Isadore and Leon Dion and Dan Milligan were exploring in the vicinity of Amisk (Beaver) Lake, Saskatchewan when they were shown mineral-rich sulphides by Mr. Collins, who
had found the rocks in his hunting territory surrounding the north arm of Athapapuskow Lake.
Immediately recognizing the potential value of the resource, the prospectors asked Collins to show them the area where he found the strange-looking rocks.  Upon being led to the small lake where Collins had found the rocks, near the location of present-day Flin Flon, the prospectors undertook further exploration work and staked a claim to the property.
How the peculiar name "Flin Flon" came to be is where fiction begins to outweigh fact.  The unique name Flin Flon came from a fictitious character in a dime-store paperback novel entitled "The Sunless City" by J.E. Preston-Muddock.
A copy of this book was found on the trail by pioneer prospector Tom Creighton and his party prior to the discovery of the original ore body in the Flin Flon area.
The book told of how Josiah Flintbbatey Flonatin, a grocer turned explorer, journeyed in a submarine of his own design down a subterranean river which flowed from the bottom of Lake Avernus in the Rocky Mountains and into the centre of the earth in search of the unknown.
Flintabbatey's journey took him through the Petrified Forest, the Hall of Jewels and the Sea of Earthquakes before he landed in the Valley of Gold where he discovered a new civilization of central earth inhabitants.  Exactly how the bottom of a bottomless lake was reached is beyond explanation.
This story impressed and reminded the Creighton party of how the lake near the mineral discovery appeared bottomless that when it came time to record the name of the new orebody, the nickname of the hero in the novel came to mind.
A more factual account was related to the year 1929 when the C.N.R. was requesting a list of place names for sites along the rail line leading north out of The Pas.  The diary of Hudson Bay Mining and Smelting Co, Limited's radio operator notes the following, "They say they will call it Flin Flon if they don't hear from us."
Hudson Bay Mining and Smelting never responded to the C.N.R. request and as a result, The City of Flin Flon remains the only city in the world to be named after a science-fiction character.
The statue of Josiah Flintabbatey Flonatin, which stands at the Tourist Park and Campground at the entrance to the City of Flin Flon, was designed by the late Al Capp, a renowned cartoonist, and creator of the comic strip 'Lil Abner.