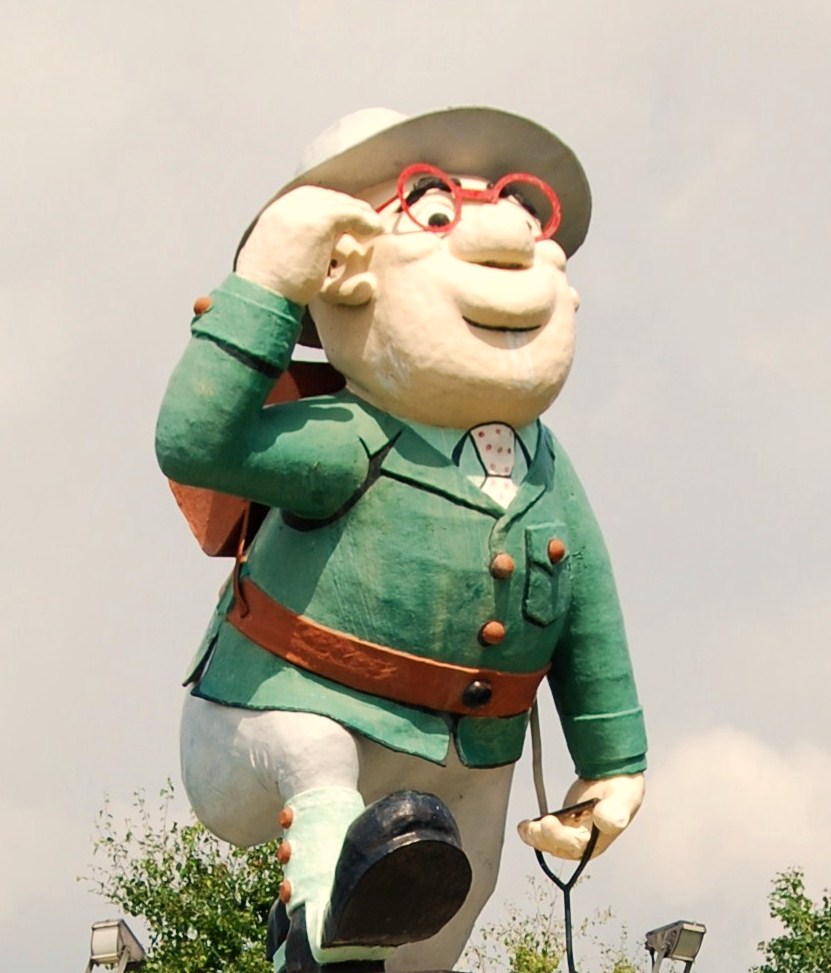 In 1914, David Collins, a Métis trapper and prospector, showed Tom Creighton and his colleagues some samples that he had collected from the Flin Flon area.   He showed them the location where he had collected the samples, an outcrop along the shore of what became called Flinflon Lake. It wasn’t until 1927 that a decision was made by investors from New York that they would commit their millions of dollars to invest in this remote and isolated mineral discovery. From there the Hudson Bay Mining and Smelting Co., Limited was incorporated on December 27, 1927.

Flin Flon boasts the only city named after a science fiction character.  Josiah Flintabattey Flonatin (Flinty for short) came to us through a novel, the Sunless City discovered by Tom Creighton at his campsite. Al Capp (Lil Abner) donated his time and talent to create this image.  The Chamber had the statue constructed and moved to its present location at the Flin Flon Tourist Park. Constructed in 1962, the statue guards the entrance to the city.  This dime novel character, adopted by prospectors in 1915, gave the city it's name.  The 7.5 m/24 ft. statue was designed by American cartoonist Al Capp of Lil' Abner fame and made of fibreglass.
In 2015 Flinty became an online celebrity when he beat 31 competitors to become Manitoba's favourite roadside attraction in Travel Manitoba's Roadside Madness contest.
The statue of Josiah Fintabattey Flonatin guards the entrance to the city.